What British, European, and American Policymakers Need to Do Now

News of the United Kingdom’s vote to Leave the European Union shook financial markets Friday, and signaled the start of potentially years of economic uncertainty for Europe. What can policymakers do in response? I asked Adam Posen, president of the Peterson Institute for International Economics. Previously, he was appointed by the UK Chancellor of the Exchequer to serve as an external member of the Bank of England’s rate-setting Monetary Policy Committee.

How much control do policymakers have over what the economic fallout is — short- and medium-term?

They have some control in the medium-term; they have very little control in the short-term or long-term. In the short-term, recession is pretty much baked into the cake for the UK. A rise in the dollar and the Yen, and a decline in the pound and the Euro are pretty much already a done deal. Some slowdown in growth in Europe and to a lesser degree in the US is pretty much a done deal. These are all things they can’t change now. And those will have effects to play out over the next, say, six months.

In the medium-term, meaning six-months to two years, the new British government and the European representatives — whoever negotiates with the British government — do have a lot of room to make a difference. They can decide how long the discussions over the UK’s relationship with the EU last. They can decide how conflictual it is, at least in public. They can decide how quickly they say what the limits are on the discussion. And then obviously there are the specific terms of how much access do EU workers — especially the couple million already living in the UK — have to continue to work in the UK, and to come in and out, and how much goods and services from the UK get in and out of Europe.

The Bank of England said essentially ‘We planned for this’ and that £250 billion pounds are available to backstop the banks. What’s the impact of that?

It’s important for what that announcement said and did not say. The announcement from the Bank of England today was very useful and said two things — first that the banking system in the UK is much much stronger than it was in 2008. It’s much better monitored, it has more capital, it’s less leveraged, and therefore the risk to it from this kind of shock is much less, and people should be calm. The second thing they said is that £250 billion you referred to. They stood ready to provide lots of liquidity, which is lots of cash on hand if say, a huge number of people wanted to change their pounds into Euros or dollars, or people wanted to get their money out of British banks and into something else. And as with any time when you’re worried about a panic or a bank run, you say there’s plenty of money still available. That seems to have worked. There doesn’t seem to be any such panic right now, despite the very large turbulence in the exchange rate in the financial market.

So the Bank of England did a good job of preparing, but it’s also important to note what they did not say. They very clearly said they would respond as needed but they said nothing one way or the other about what that response was. Raising interest rates, doing more quantitative easing – they were quite noncommittal on the direction or nature of their monetary response. Because it’s going to be dependent in part on how the exchange rate and the inflation rate evolve. They didn’t make any specific commitments at this time.

What other tools do policymakers have to limit the damage?

In the Euro area, they already stand ready to look after the weaker economies in Southern Europe. If there are spillovers from Brexit onto them, it will require some probable extension of monetary stimulus, maybe some fiscal stimulus, but it’s all manageable. In the medium term of six months to two years for the UK, while all these negotiations go on, there is still room for mitigation or management by British policymakers, but it’s going to be a lot harder. They’re probably going to have trouble doing anything very active on fiscal policy, given the uncertainty. The Bank of England — like the other major central banks — interest rates are only a little bit above zero, so they don’t have much room to cut. They could do more quantitative easing, but they’d probably have to do a lot to try to offset the recession. And meanwhile, inflation is probably rising in the UK because of the uncertainty and importantly because the pound went down. So that limits the room the Bank of England has to offset.

In the leadup to the vote, George Osborne, Chancellor of the Exchequer in the UK, had talked about how his response to the vote would be tax increases and spending cuts in order to maintain a balanced budget. How wise is an austerity response like that?

I think they should not be voluntarily increasing austerity at this point. There is likely to be a huge decline in investment, mostly in the corporate sector and residential construction. The weaker pound will only partially offset this. It would be a big mistake to increase austerity. It may come that markets will limit any further fiscal stimulus from the UK, but at the moment interest rates on British government bonds remain very low and it would be foolish not to take advantage of that.

What about Europe? If we put aside what the European Central Bank is able to do, is there more European policymakers can do?

I think what you’re leading up to is a concerted effort by Europe to strengthen the European approach and the European economies. I think that is the place where their efforts should be. Traditionally, the belief is that Europe, when they face a crisis, tries to integrate more, tries to build new institutions. Given the nature of this crisis and the rise of these nativists and anti-Europe parties in various countries, such as the Front National in France, that may be risky.

On the other hand, if European leaders come up with a practical set of things to do to that look like more than technocratic tweaking, but don’t look so dangerous as to require a referendum, they might be able to make a difference. A big thing would be continuing to complete the unification of the banking system and the capital markets, especially if the British are out now. Another thing would be putting common money into enforcing the common border to control immigration from outside the EU. That would probably be politically popular in the context. So there are things Europe can do, but they are going to require both political judgement and leadership.

What about the response in the US, both in terms of the Fed’s timing in raising rates (or potentially lowering them) or, less likely, any sort of fiscal policy response?

The U.S. probably doesn’t need to respond that much. There will be some drag on the U.S. economy from the stronger dollar and a tiny bit from a direct effect of the slowdown in the UK. But it’s likely to be a quarter percent of GDP or less over the next six to 12 months. That’s not trivial, but it’s also not something you can fine-tune that easily. If the Fed were to reverse monetary policy course and start loosening now, it might just completely spook people into thinking things are worse than they actually are. So they’ve got to be a little bit cautious about that. If things get really bad, they shouldn’t hesitate, but there’s some risk to doing that.

It further postpones the likelihood of any Fed rate hike, at least until the fall. It probably drives down federal interest rates because people are pulling money out of the UK and (a little bit less) out of Europe, and they want to go someplace safe, which would be the U.S. I think you end up with effectively a loosening of credit conditions, partially offset by the stronger dollar but driven by the inflows of money into the U.S. and the postponement of Fed tightening.

I think one thing that I’ve been emphasizing ahead of the vote, which is worth worrying about, is that assuming that there’ll be at least a mild recession in the UK, it will be very difficult for the new British government to do big fiscal stimulus or really change the facts on the ground about trade and manufacturing until these uncertainties resolve. They’re going to desperately look for something else to do. I fear that what they might end up doing is trying to race to the bottom on financial regulations, that they will try to say “Okay we’ve gotta keep the city of London humming, we can’t afford to let them move, we’ve got to grab market share, so let’s offer the banks and financial firms a light touch and softer regulation to keep them here.”

I think this may be more likely because the people coming in are very staunchly anti-regulation. Part of their argument against the EU was the claim that they were over-regulating Britain.

That has big spillovers not just on Europe but on the U.S. In 2008, light-touch supervision by the British authorities was a part of what led to AIG financial projects doing some very destructive things. So I worry about that as well.

This interview has been edited and condensed.

Editor’s note: This article has been updated to clarify Adam Posen’s previous role in UK finance. 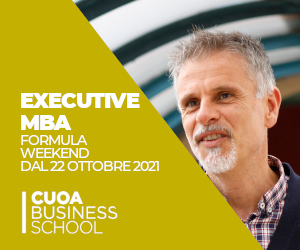