On a recent visit to a boutique bath shop, one of us became so overwhelmed by the intensity of the scent circulating through the store that he was forced to flee within seconds. It's a reminder of how managers are often encouraged to help consumers connect with brands by amplifying the sensory qualities of products and retail spaces. Think of Singapore Airlines' signature scent or the Intel jingle, which is one of the most recognizable sounds in the world. Such marketing efforts leverage the ability of sensation to create brand attachment and drive retail sales.

In addition to the more common sensory marketing approaches that focus on sight, sound or smell, research has now begun to highlight the forgotten sense of touch. We tend to think about consumers using touch primarily because they have to — in order to examine packages and to fill shopping carts. However, touch can also create symbolic connections between people and products, and between buyers and sellers. Physically holding products can create a sense of psychological ownership, driving must-have purchase decisions. This idea may underlie the push to move inventory from display cases into customers' hands, a trend seen in many electronics outlets such as the Apple Store and Best Buy. Additionally, interpersonal touch, such as a handshake or light pat on the shoulder, can lead people to feel safer and subsequently spend and consume more. (This is especially true when the person doing the touching is a woman). Along these lines, research has found that waitresses who touch restaurant patrons earn more in tips, and customers innocently touched by female bartenders drink more alcohol.

Different tactile sensations can even lead customers to interpret and interact with their surroundings in unique ways. Understanding the precise manner in which touch shapes these mindsets can help managers hit the right note when designing retail spaces.

Consider several recent studies and their implications. In one experiment, people were asked to hold either a warm or cold therapeutic pad. They believed that the researchers were interested in their evaluations of the products. Unbeknownst to them, the researchers were actually interested in whether warmth sensations would alter people's behavior in subsequent, unrelated investment decisions. In fact, people invested 43% more money after briefly holding the warm pad, suggesting that the physical sensation of warmth led people to feel psychologically warmer, safer, and more trusting. In other words, tactile warmth made people see metaphorical warmth in others and act in warmer ways. Utilizing physical warmth to engender trust should be especially effective in retail settings involving high-risk decisions and a high degree of interpersonal contact between salespeople and customers, such as car dealerships and clothing stores. In these settings, a simple gesture such as a warm cup of coffee or a warm handshake can convey trustworthiness, going a long way towards easing consumers into transactions.

In another experiment, people were asked to evaluate a potential job candidate while holding either a light or heavyweight clipboard. When people held the heavy clipboard, they viewed the candidate as expressing a more serious interest in the job, suggesting that the sensation of holding a heavy object brings gravitas to people and issues, making them seem "weightier." Some auto manufacturers apply a similar principle when they add dampeners to car doors specifically to make them sound heavier when they close. Other researchers have shown that related effects can be achieved by modifying not products themselves, but their packaging. In one study, people given mineral water to drink rated the same water as being of better quality when served in a firm rather than a flimsy cup. Given such findings, firms may benefit by emphasizing product and package weight when customers are shopping for important needs. For example, cell phones are arguably the most important tool in the modern consumer's life. Phones designed using metal rather than plastic casings, and heavy, solid packaging rather than light, plastic clamshell packaging may increase the value people perceive in the product itself.

In a final study, researchers investigated the tactile sensation of hardness. People in the study haggled over the price of a new car while sitting in either hard, wooden chairs or softer, cushioned chairs. Those people sitting in the harder, cushion-free chairs didn't feel more negative, yet they changed their offer prices less over the course of the negotiation, offering 28% less than people in soft chairs. That is, hard chairs made people harder negotiators. This suggests that when people touch soft products, they may be more susceptible to outside persuasive influences.

Interestingly, in the studies above, the people taking part were not aware at all that the tactile sensations were having any influence on them. Findings like these suggest that many touch experiences within retail spaces can shape how customers shop. Certain firms are using such ideas to good effect. For example, Bed Bath & Beyond organizes the shopping experience around touch, allowing consumers to feel their way through curtains, linens, and other home furnishings, thereby experiencing the warmth and comfort these products offer. Whole Foods is another retailer highlighting the sensory experience of consumers. Whole Foods stores strive to have an organic feel, an atmosphere aided by the use of taste stations throughout the stores. These stations provide consumers with opportunities to touch and taste, warming them up to Whole Foods' products and helping them to trust the brand.

These firms clearly appreciate the importance of touch in shaping consumer behavior: consumers use their hands to connect with brands. However, a large opportunity remains for firms to adopt the more precise insights of recent research, including the specific ways that physical warmth, weight and hardness can influence consumer decisions. Arming managers with knowledge regarding the precise effects of specific touch sensations can further improve retail strategy. 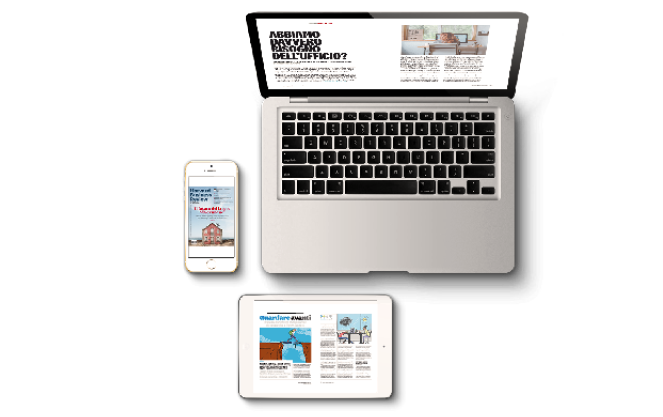